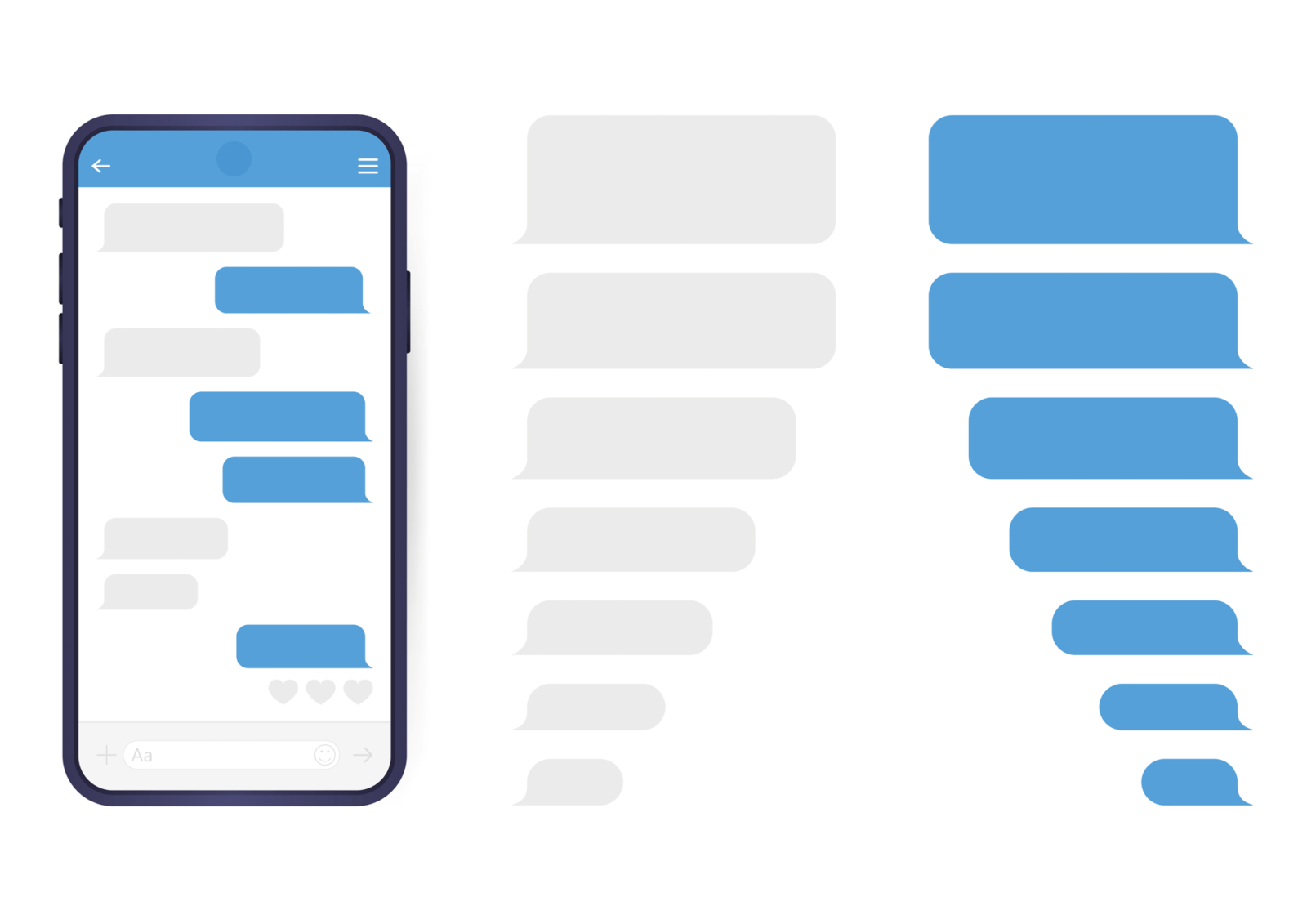 Mobile messaging apps have long been part of the mainstream media, thanks to the falling prices of smartphones and data volumes. Thanks to smart automation, people and companies can now communicate with one another in the best possible way with the help of chatbots. The users are looking for a personal conversation – Messenger makes […]

Mobile messaging apps have long been part of the mainstream media, thanks to the falling prices of smartphones and data volumes. Thanks to smart automation, people and companies can now communicate with one another in the best possible way with the help of chatbots. The users are looking for a personal conversation – Messenger makes it easier than ever before.

Facebook Messenger, WhatsApp, Viber and WeChat are the world’s largest messengers and have had more users than the social media networks Instagram, LinkedIn, Twitter and Facebook since 2015. There are now over 2 billion people worldwide who use a mobile messaging app at least once a month. In 2020, the number of mobile messaging apps will exceed that of all social media users.

After all, Facebook bought WhatsApp for 19 billion dollars for a reason: Mark Zuckerberg knew exactly the value of messenger apps. Those are used to communicate much more frequently than via social media. Companies are now able to interact omnipresent with their target group on these very channels.

Over 40 million companies worldwide are now active in Facebook Messenger. In 2019, the number of messages sent between users and fan pages was 20 billion per month. In comparison: in 2018 it was still 8 billion per month. In addition, studies by Facebook came to the conclusion that direct chat with companies is preferred to other channels. 3 out of 4 people have more trust in companies they can reach via chat.

Most of the time, questions about inventory and orders, opening times or product availability are the reason for interactions. But feedback and product photos for complaint purposes are also shared in this way.

The majority of the bots that are linked to Facebook Messenger, for example, are simply logical automations. They are no more sophisticated than the person who created them, and only as smart as the software in use allows them to be. In fact, you don’t even need programming knowledge to create chatbots, thanks to so-called chatbot builders.

The chatbot offers the possibility of having a personalized 1:1 dialogue with many users at the same time. However, the degree of automation is usually 80-90 percent. So you cannot and should not completely leave the helm to the bot.

Usually, the way to the chatbot is via the “send message” button on the Facebook homepage. The bot can also be started via a direct link, no matter where. In this way, the messenger conversation picks up where it started on social media or on the website.

In addition, it is possible to publish posts in the Facebook newsfeed that appear to be a normal link posting, but when clicked turn out to be the start of the stored campaign and open the messenger. Integration on normal websites is also possible with chatbots to greet users and answer questions.

A user who leaves their contact details to the company and agrees in the follow-up communication is referred to as a “lead”. The dialog can be the starting point for transferring the user to an existing email distribution list, but it can also be continued via messenger. The systems can be easily combined.

Leads can be qualified by asking important questions and evaluating the user answers. Are contacts interesting for a sales pitch on the phone? So it can be decided! This saves time and, in combination with the right targeting, can also create a powerful sales engine.

No longer having to wait forever – thanks to the chatbot! Questions sent via messenger are answered within a few minutes, to the great delight of the users.

The chatbot knows the answers to frequently asked questions. But he can also take the matter in first and then let an employee take over. The process is more convenient and timely than using a phone computer. If the connection is broken, no data is lost and you will not be forwarded to any other employee until the matter has been resolved. Sending videos, photos and voice messages is another advantage of the customer service via messenger.

Competitions, surveys and quizzes benefit immensely from chatbots. Sweepstakes can be limited to the relevant page and user loyalty and market research are automated. Additional software is not necessary and the simple use is optimized for mobile devices.

Data once sent to the bot by the user can be reused to personalize offers and other texts. In addition, online retailers can make sales directly via the messenger, whereby the user does not even have to leave the channel for the payment process. The online tools required can be easily integrated using a special interface or API.

As you can see, messaging is not just about the future: we ARE in the future and messaging has a permanent place in it. 1:1 communication has long since become a must have for companies, including you, and you have certainly already made use of some of the options. We hope that you now know about a few more and use them appropriately. Take advantage of your qualities, proudly present them – and then let the success speak for itself.

CleverPush is not affected bei the Log4j vulnerability

Since a critical security hole in the Java library “Log4j” (Log4Shell) became known, the Internet has been upside down for a few days. Understandably, we have received some inquiries from customers as to whether we are also affected by this loophole. We are glad to announce that CleverPush is not affected by the security vulnerability […]

How much the pandemic has changed can hardly be summed up in one paragraph. But what is completely clear: in the Corona Times, advertising has also changed, in some cases radically. Perceptions are different, regarding to the advertising message itself, the product, the company and the (brand) image in general. What has changed in detail? […]

Neuromarketing and how to use it

What does the customer like and why is he buying? What actually makes him decide a product or a brand? Neuromarketing wants to have the answer to that. And with this the question of what paves the way into the customer’s brain. We will briefly show you what exactly neuromarketing is based on. And how […]